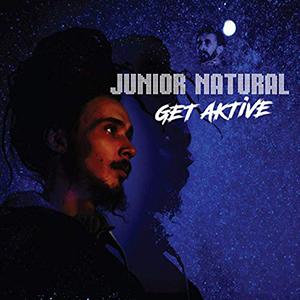 Junior Natural, a reggae artist from Uppsala, Sweden, was born as Teodor Lindström, but got his nickname because he proved to be a musical prodigy from a very young age. Already at the age of ten he made his live debut at the Uppsala Reggae Festival as a drummer with Solomon Allstars, his father Magnus Hjalmarsson aka Daddy Natural's band, and at the age of twelve he released his debut single 'Number 1 Girl', dedicating the track to his mother. Junior Natural already dreamed out loud of a musical career, but his parents made him finish school first. His career got another boost when he made the track list of the 'Scandinavian Hip Hop Invasion' compilation with his reggae song 'Fallback' in 2008, and a few months later, his performance at the Garance Festival in France, impressed Shaggy so much that he invited him to sing a duet on the spot and commissioned his producer, Robert Livingstone, to record a single with the young Swede ('One In A Million'). But the real breakthrough came in 2017 with long-player debut 'Militant' (TABOU1), produced by Sly & Robbie.

For successor 'Get Aktive' the Swede joined forces with the American Zion High Productions label. Together with Zion I Kings Junior opted for an album in showcase-format featuring 5 new songs and as many dubs, all in genuine Virgin Islands style. Natural opens with title track 'Get Aktive', in which Junior urges the listener not to waste time but to enjoy life to the fullest, the delicious 'Moving On' is supported by a keyboard melody sounding like a conjuring acoustic xylophone riff, and for 'Still Watching' he invited Pressure Busspipe. However, the song that makes the most impression however, is 'Life Is For Real', with the same content as opener 'Get Aktive' and a plea never to take life for granted, but as a valuable gift from the Most High, in which Natural declares: "Seek Jah first and everything will come after!".

An excellent long-player that is sure to give amateurs of the Virgin Island sound their money's worth!