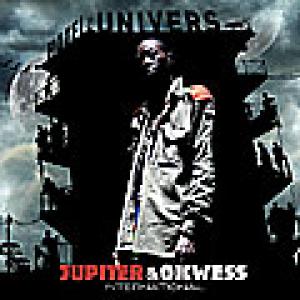 Now things around bands like Konono N° 1 or Staff Benda Bilili have quieted down a bit, it's high time for a new sound to emerge from The Congo. Jupiter & Okwess International have been going at it for quite some time already, but it was their encounter with film-makers Renaud Barret and Florent de la Tullaye, who shot the documentary 'Jupiter's Dance' in 2004, which made their career gain momentum. 'Hotel Univers' is an absolute gem with a sound Jupiter calls Bofenia Rock, apart from elements from the 450 ethnic groups Congo counts, also influenced by Western funk and rock; influences Jupiter, son of a Zairian diplomat, brought back from East Berlin, where his father was stationed in the 1970s. Jupiter nicely sums up his experiences from that period in 'The World Is My Land (Germany)' in which he denounces the racism of the East Germans and even sings a few lines in Goethe's language. It's because of this kind of goose bumps-wrenching albums we continue to invest our time, passion and dedication in world music. Kinshasa class!