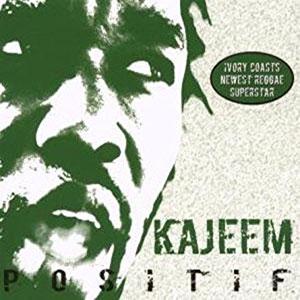 'Positif' is the debut album of Ivorian reggae revelation Kajeem. Sadly Kajeem is another example of an African singer who insists on singing in poor English instead of opting for his own language or at the very least sticking to French. That being said and forgetting about the redundant Bill Withers cover 'Ain't No Sunshine', 'Positif' is not a bad sounding album. Kajeem smoothly alternates between African roots and ragga and even sidesteps to hip-hop ('Bruits De Bottes').