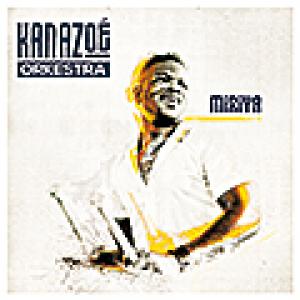 Seydou Diabate, nicknamed Kanazoé, is a Burkinabe balafon player who moved to France in 2010. For his Kanazoé Orkestra, he called on a number of reputed musicians (Mamadou Dembélé - flute/ngoni/balafon/vocals, Stéphane Perruchet - percussion, Martin Etienne - saxophone, Laurent Planells - drums, Elvin Bironien - bass, Zaky Diarra - vocals) and the result is 'Miriya' (Dioulla for "thoughts"), an album unwittingly reminding yours truly of Ali Keïta's 'Akwaba Inesene' (but that will undoubtedly have had something to do with the choice of instrument and virtuosity of both musicians). The thoughts, referred to in the title, are intended for Seydou's parents, who passed away too soon, and to whom he has dedicated the album. In a last-minute effort Kanazoé Orkestra still delivers one of the best African albums of 2016!