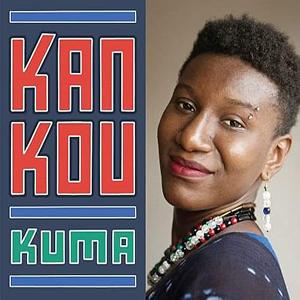 Kankou Kouyate, a descendant of a illustrious Malian griot family of master ngoni players, ranging from her great-grandfather Bazouma Sissoko, to her grandfather Djeli Moustapha Kouyate and her famous uncle Bassekou Kouyate, was born for a career in music.

In 2017 Kankou met Scottish musician and producer Mark Mulholland, who had been living in Bamako for several years. There was immediate musical chemistry, and within a few weeks they had laid the foundation for the songs now featured on 'Kuma' (Bambara for "words"). Mulholland also brought in his good friend Olaf Hund, who added some subtle electronic touches to Kankou's mix of acoustic Malian folk ('Da', 'Obadiya', an ode to the splendor of her homeland Mali and the power of the Malian people), hypnotic Mali blues meets rock (opener 'Sigi', about the suffering that forced marriages still cause, title track 'Kuma', about the power of the word, 'Ne Bi Fe', about the all-conquering power of love, or 'Dimi', a Malian variation on the classic Romeo and Juliet theme). Songs like 'Ko Da Koma' and 'Bin', thanks to the combination of Mark Mullholland's combination guitar playing and the harmonica sounds of Vincent Bucher, sound almost like pure American delta-blues.

This isn't exactly an earth-shatteringly innovative album, but with 'Kuma' Kankou presents an excellent long player debut that will surely convince amateurs of Malian music!