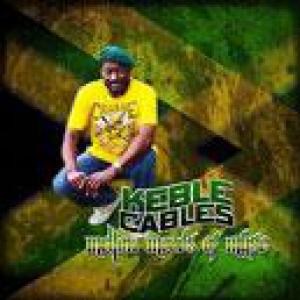 In a previous life Keble 'Cables' Drummond was the lead vocalist of Jamaican vocal trio The Cables. Keble currently resides in Florida and after a self-imposed hiatus of ten years he took to the studio again to record 'Mellow Moods Of Music', an album about which he states: "In making this album I asked myself, where reggae music has gone. Everything has changed so I decided to do an album made up of what reggae music used to be." The result is an album that is a mix of covers of classics from rock, pop and soul history (Smokey Robinson's 'Cruising', 'Salt Of The Earth' by The Rolling Stones, The Beatles' 'Let It Be', Sam Cooke's 'A Change Is Gonna Come'...), a revamped version of The Cables' classic 'Baby Why' and a series of new songs, fans of veteran artists like John Holt and Ken Boothe will definitely have a liking for.