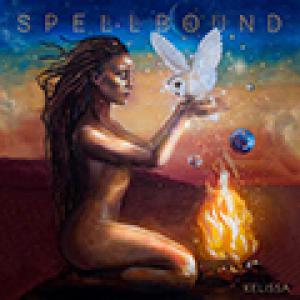 After a number of singles, Kelissa McDonald (sister of Keznamdi) now also finally presents a full-fledged EP. On 'Spellbound', the singer from Saint Andrew explores themes like femininity, spirituality, knowledge and self-awareness, and that translates into a mix of neo-soul (title track 'Spellbound', 'How Many More') and reggae. Because of the sudden demise of Nambo Robinson earlier this year, 'Best Kept Secret', in which Nambo's trombone was granted a major role and even his ever infectious laughter can be heard, now sounds unwittingly poignant. Nambo's son, guitarist Nnamdi, also plays on 'Spellbound'. Our personal favorites from the track list are 'Wake Up And Live', a duet with Jesse Royal, and the excellent 'Topsy Turvy', with Kelissa's voice resembling that of Jah9. The cover illustration of the EP is based on a painting by Nakazzi Hutchinson, one of the most promising Jamaican artists of her generation. Give 'Spellbound' a chance and get ready to be enchanted by Kellisa's voice.