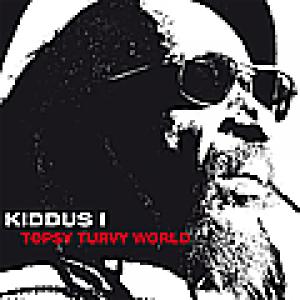 Four years after the release of his 'Green Fa Life' album on Makasound, Kiddus I returns with 'Topsy Turvy World'. Some of the tracks were recorded featuring a Jamaican all-star cast including Aston 'Family Man' Barrett, Tyrone Downie, Earl 'Chinna' Smith and Uziah 'Sticky' Thompson, but Kiddus I also worked with the German Jin Jin Band (known from their work with Sebastian Sturm). The result is a straightforward roots album on which it's once again Kiddus I's special voice that grabs the attention. 'Topsy Turvy World' only contains new songs with the exception of 'Thin Line', a cover of The Persuaders legendary soul smash 'Thin Line Between Love And Hate'.