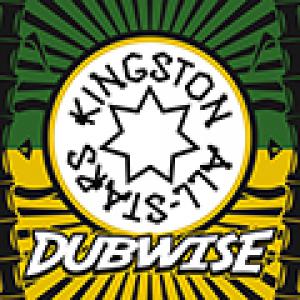 After their acclaimed debut, 'Presenting Kingston All Stars', earlier this year, Kingston All Stars now presents 'Dubwize'. In the track list we recognized a number of versions of tracks from 'Presenting Kingston All Stars' (opener 'Kebra Dub' is a wonderful almost Ethio-jazz-like version of 'Tribute To Kebra Hi-Fi', 'Dub, Gold & Green' is a dub version of 'My Father's House' feat. Cedric Myton, and 'Jah Made It Dub' does the same for Prince Alla's 'Jah Made It All'), but the album also contains some original compositions ('Dub Ova', 'Clappers'…), and closing/bonus track 'Step Up' isn't even dub at all, but a brand new song featuring vocals by veteran Stranger Cole.