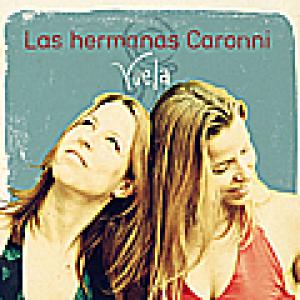 Las Hermanas Caronni are Argentine musician twins Gianna and Laura Caronni. One plays clarinet, the other cello and on their albums they create their own little world in which folk, world music and classical music merge together, letting their South-American roots thrive in the French soil that has now become their home. 'Vuela', the duo's second album, has become somewhat of a tribute to their musical heroes; among other things the duo give their take on George Brassens' 'Je Me Suis Fait Tout Petit' and Mexican singer-songwriter Lhasa's 'La Frontera' and the Cuban classic 'Druma Negrita' is fused with Ravel's 'Bolero'. Nice relaxing album.