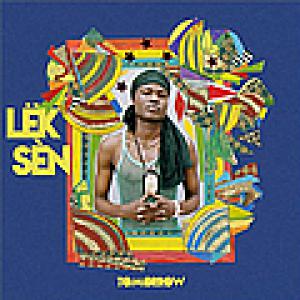 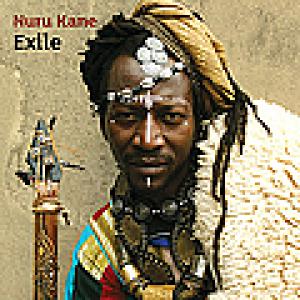 Lëk Sèn already gave us a taste of 'Tomorrow' last year with the release of an untitled EP and the tracks on this album are in the same line. Lëk Sèn states there are few Senegalese influences in his music and we tend to agree, as apart from the use of Senegalese, Wolof and Lebou 'Tomorrow' sounds remarkably un-African. Not that that diminishes the quality of Lëk Sèn's music in any way; on the contrary, as he just as easily performs a reggae or hip-hop influenced tune as a subdued acoustic singer-songwriter song. The duets on 'Tomorrow' are just that little more inspiring than Lëk Sèn's solo tracks; the EP already featured a track with Clinton Fearon and on this long player he adds 'Jaam Maï Ka' featuring Groundation front man Harrison Stafford and the excellent hip-hop tune 'Jaam' with Blitz The Ambassador.

Like Lëk Sèn, Nuru Kane also hails from Senegal, lives in France and doesn't mind mixing up several genres in his music, but that's where the comparisons end. Kane is an adept of the Baye Fall movement, something he does not only demonstrate by wearing colorful clothes and dreadlocks, but is also reflected in his songs: 'Bambala' is an ode to Sheikh Amadou Bamba and 'Niang Balo' talks about Sheikh Ibrahima Fall, the founder of the movement. During a holiday in Morocco, Nuru was introduced to gnawa music, the influences of which can be heard in songs like 'Bambala' or 'Sadye', but to genres like blues ('Niang Balo'), reggae ('Issoire') and flamenco ('Corriendo') Kane is no stranger either and thanks to the addition of a violin, 'Yes We Kane' sounds almost like a Cajun tune. Convincing world tour!