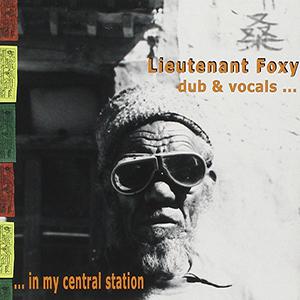 Bit of an unbalanced album, this 'Dub & Vocals In My Central Station'. This debut album by French sound system veteran Lieutenant Foxy starts off as an enjoyable dub album full of Asian sounds; little surprising when you know Foxy is a passionate defender of the Tibetan struggle for independence (also the reason why a Lee Perry-like Tibetan adorns the album cover). Unfortunately, the second half of the album is not that strong; for the last tracks on 'Dub & Vocals In My Central Station' Lieutenant Foxy invited a number of guests vocalists and the result is not always convincing. Final assessment for the French lieutenant, dub: yes, vocals: no!