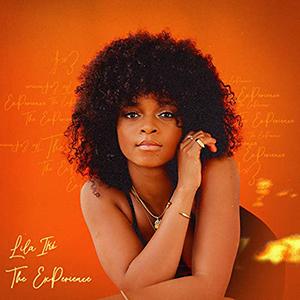 If last year most reggae fans were still eagerly looking forward to the release of Koffee's debut EP 'Rapture', we now turn to her peer Alecia Grey aka Lila Iké, who's also finally rejoicing her fans with a first EP.

Like Koffee, Lila also signed a record deal with a major label, and even though, for the time being, Iké remains a loyal foot soldier of Protoje's In.Digg.Nation Collective, 'The ExPerience' is released in collaboration with RCA Records.

In the track list, on the one hand three already familiar sounding singles, like the great 'Second Chance' over the Promised Land/Love Fire riddim (2018), 'Where I'm Coming From', the autobiographical opener from 2019 with the amazing lyric: "Let me tell you bout the life of a Queen in a dis ya concrete jungle..." (trap meets dancehall produced by Kasadie 'Caspa' Jones), and 'I Spy', produced by Izy Beats (also responsible for Koffee's 'Toast'), released earlier this year and loosely based on the children's game 'I see, I see what you don't see', supplemented with four new songs: 'Solitude' produced by Ziah, J.L.L. and Iotosh Poyser, neo-soul with Sean 'Ziah' Roberts' violin in a starring role, 'Stars Align', for which Phillip 'Winta' recycled the riddim of Protoje's 'Bout Noon', breakup tune 'Forget Me', also by Phillip 'Winta' James, and finally closing track 'Thy Will', produced by Potoje, a stunner of a conscious tune over a revamp of the great Baltimore riddim in which Lila's verbal abilities are highlighted.

Lila summarizes 'The ExPerience' as follows: "This is a mixture of songs influenced by reggae, but it does not define the sound. It is a beautiful time for this kind of music to come from Jamaica, showing people there is no linear way of anything...". Perfect first calling card for this young Jamaican Jack in the box!