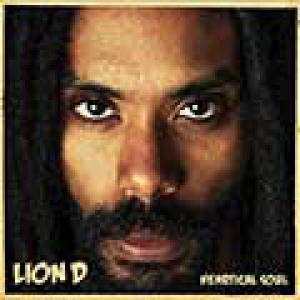 Asked to pick a name from the many upcoming reggae talents Italy has to offer, we would have put our money on PieroDread as the most likely to work with Alborosie, but it was ultimately Lion D who managed to convince the Shengen Don. Alborosie has definitely left his mark on 'Heartical Soul', the Italian-Nigerian singjay's second album: 'Ruff Inna Town (Bangarang)', without discussion the most infectious song from the track list, is pure Alborosie, and for 'Heartical Luv' Pupa Albo joined Lion D behind the microphone. But Alborosie is certainly not the only guest on 'Heartical Soul': for rocksteady tune 'Slow Down' Lion D invited veteran vocalist Ken Boothe, 'Jamrock Nice' is a duet with Mr. Vegas and 'Talk About Love' is a convincing lovers tune for which Lion D was joined by Sandy Smith (Mr. Vegas' niece). If you know Alborosie will soon be releasing 'Dub Of Thrones', an album for which Albo collaborated with King Jammy, then the influences from digital nineteen eighties reggae and dancehall in tracks like 'Rudebwoy' feat. Kemar (in his lyrics hinting Anthony Red Rose's 'Tempo') or 'War Inna Di Dance' are hardly surprising. 'Heartical Soul' proves Lion D keeps growing and evolving as an artist.