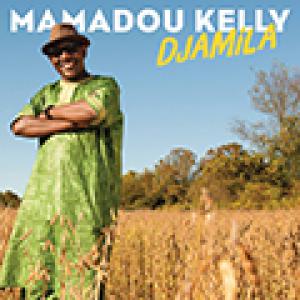 'Djamila' is the second solo album by Mamadou Kelly, a Malian singer/guitarist who earned his spurs working with Afel Bocoum and Ali Farka Touré and later started focussing on a solo career together with his backing band Ban Kai Na. On 'Djamila', Brehim 'Yoro' Cisse's djurkel (one snared Malian lute) plays an important part and the voice of Leila Gobi, a singer from Ménaka in the troubled northeast of Mali, gives the songs some added depth and a touch of feminine charm. Classic but no less excellent Mali Blues album and an absolute must for fans of the genre.