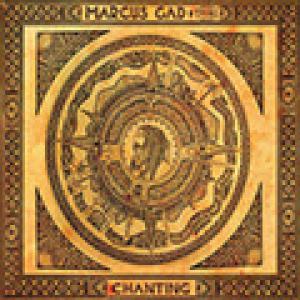 All the way from New Caledonia, a French overseas territory to the northeast of Australia, we received this gem by Marcus Gad & Tribe. The intro of the album still had us convinced we were dealing with a new Australian Aboriginal-formation, but songs like title track 'Chanting', 'Hata Fyah' or 'Purify' immediately reminded us right of the sound of Midnite. In the infectious 'Kanaké' Marcus Gad joined by Jean Yves Pawoup, front man of A7JK, the most popular band in New Caledonia, pays tribute to his origins and the culture of the Kanak people. Rather original is 'Keep Cool', as this is actually a musical interpretation of a poem Marcus Garvey wrote while he was incarcerated back in 1927, 'Community Living' is delicious old fashioned but rock-solid roots, and 'All Together' has more of a hip-hop vibe. 'Chanting' was recorded live (with all musicians being present in the studio at the same time) and where normally music is recorded at 440 Hz, Marcus Gad opted for 432 Hz instead, a frequency supposedly having a special influence on our heart and soul. With this debut album Marcus Gad has created a small masterpiece delivered and we'll already assure it a spot in our album top 10 for 2017!