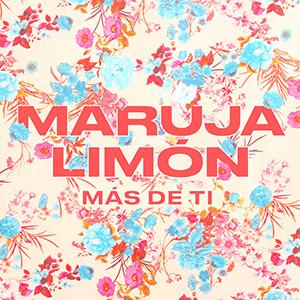 We're certainly no flamenco experts, and the Spanish music and dance genre usually attracts its own audience, but for 'Mas De Ti', the debut album of the five-piece women's ensemble Maruja Limon (the term maruja can be translated as "a gossip girl"), we gladly made an exception. The ladies mix buleria, the most festive of all flamenco styles, with singer-songwriter pop and influences from Latin American genres like bossa nova ('Soledad'), rumba and son (in 'La Piel' we thought to have recognised echoes of Buena Vista Social Club's 'Chan Chan'). The songs on 'Mas De Ti' contain sad and cheerful anecdotes from their own lives, their doubts and certainties (exception in the track list is 'Adoro', a cover of one of the biggest hits of Mexican composer, pianist, singer and living Latin American music legend Armando Manzanero Canché, in which Maruja Limon made their buleria clash with the classical sounds of Ester Puig's cello). An extra bonus is the beautiful combination of the voices of singers Esther Gonzalez and Sheila Mesas. For the design of 'Mas De Ti', Maruja Limon collaborated worked with photographer Blanca Pia, who came up with a photo suited to each song, included in the CD-package as postcards with part of the lyrics of the song in question printed on the back on the back. Perfect soundtrack for those planning to visit the Iberian Peninsula this summer!