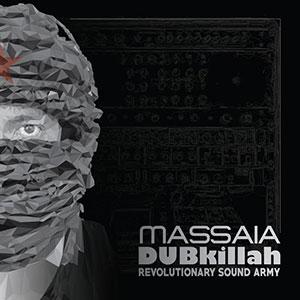 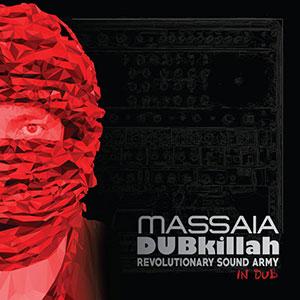 A dose of solid UK steppers all the way from Mexico? Why not! Introducing: producer Massaia DUBkillah aka Elex, a producer from Queretaro, the capital of the eponymous state in central Mexico, venturing into vocal work for the very first time with this 6 track 'Revolutionary Sound Army' EP.

For this project Massaia joined forces with a number of big names from the scene including Blackout JA, Fitta Warri, Ras Demo aka Demolition Man and Lisa Dainjah, supplemented with lesser gods like Mowty Mahlyka and Lengualerta.

Our favorites from the tracklist are opener 'Diversity' featuring Ras Demo and the solid 'Warryah' featuring Mowty Mahlyka aka Dark Angel.

For the real dubheads, with 'Revolutionary Sound Army In Dub' a dub version of the EP has also been released, featuring dubs/instrumentals of all tracks produced by Iron Dubz, Mr. Zebre, Bukkha, Mexican Stepper, Kutral Dub and Krak in Dub, resulting in another 18 (!) tracks, with the remix and dub of Ras Demo's 'Diversity' by Krak in Dub and the solid remix and nice dub of Lengualerta's 'Rootikhal' by Chilean producer Kutral Dub, standing out.

The absolute icing on the cake is the fact that these two releases are both available as free downloads, so get those basses roaring!