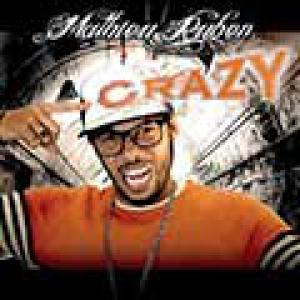 'Crazy' is the second studio album (counting only eight tracks rather making it an EP) by Parisian singjay Mathieu Ruben. He began his musical career as a drummer with Dub Reggae Force, his father's band, but these days seems to have specialized in dancehall and fragga. Ruben gave opener 'Starting Block' an original touch by conceiving the song as a radio broadcast in which Mathieu presents himself. As you might know, we're no big amateurs of dancehall music and even though the mostly conscious lyrics coming from France are much easier on the stomach ('Party Time' feat. Sergent or 'Top A Top' are excellent examples), it were still reggae tunes like 'Justice' or 'Perdue' that really captured our attention on 'Crazy'. Good to know that in addition to a thriving roots scene, France also has some fresh new dancehall talent on offer!