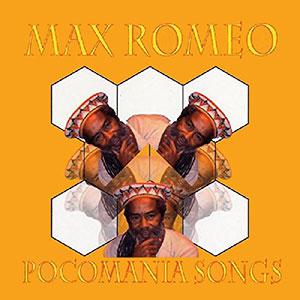 The first album by living reggae legend Max Romeo for Mad Professor's Ariwa label sadly turns out to be somewhat of a disappointment. The album was announced with much fanfare as a tribute to the religious pocomania tradition in Jamaica (a mixture of traditional Christian tradition and tribal rituals imported by African slaves), but sadly lacks in inspiration. The UK stepper 'Rasta Pickney' and the roots tracks 'Evil Evil' and 'Take It Slow' rise slightly above the rest, but with only 10 new songs (supplemented with 5 dub versions) 'Pocomania Songs' also fails in the quantity department.