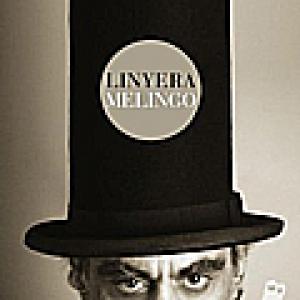 Yours truly got to know Argentine musician Daniel Melingo thanks to 'El Gaucho', the soundtrack by Gotan Project's Christoph Müller and Eduardo Makaroff for the eponymous 2010 documentary by Andres Jarach. Although often simply described as a tango singer, Melingo is much more than that. Beginning his career as a musician with Los Twist and Los Abuelos de la Nada, two rock influenced bands that had nothing to do with tango, because of his bohemian character and the rough husky color of his voice, Melingo is often compared to figures like Tom Waits, Serge Gainsbourg, Nick Cave and, where tango singers are concerned, of course with the legendary Roberto Goyeneche. The title of this new album is another nod to his lifestyle, as linyera is a term from Argentinian Lunfardo (a dialect developed in the slums of Buenos Aires at the end of 19th and the beginning of the 20th century) meaning something like "vagabond" or "tramp". On 'Linyera' Melingo mixes influences from tango with jazz ('La Cancion Del Linyera') and milonga, using writings from well-known Argentine writers, poets and musicians like Ivo Pelay, Evaristo Carriego, Luis Alposta, Atahualpa Yupanqui or the Spaniard Frederico Garcia Lorca, for his lyrics.