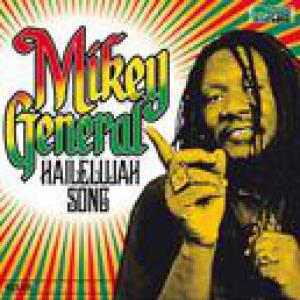 Just before the year end Reggaeland Records still surprises us with 'Hailelujah Song' by Mikey General. The combination of Mikey's voice with the musical vibes of Genis Trani, seems like a match made in heaven, making 'Hailelujah Song' the best album we've heard from the Catalan studio thus far. General does his thing over a number of well-known and lesser known Reggaeland riddims, giving the album a high recognizability factor, but the best track on the album is without the slightest doubt 'Harder They Come, Quicker They Run', a solid UK stepper tune (and therefore a bit of an odd one out in the track list of 'Hailelujah Song') for which Mikey got the company of Catalan singjay Sr. Wilson. Especialment recomanat ("highly recommended")!