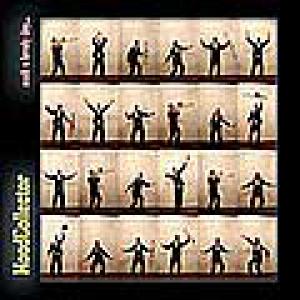 Counting a number of ex-members of The Dill Brothers in its ranks, MoodCollector can rightfully consider itself to be the spiritual and musical heir of the Campine ska-collective. With their music MoodCollector like to be a ray of sunshine brightening up the gloomiest winter's day, something the band underlines by giving away a miniature tube of suntan lotion with each copy of their debut album, 'Such A Lovely Day'. Lead vocalist Kris De Wilde tries to hide a slight accent and seems to hold the middle between Ian Dury and Raymond Burns aka Captain Sensible (known from the immortal 'Wot!'). Original because of the sound of the accordion, an instrument not usually associated with ska, is 'Mujeres', the only song in Spanish on 'Such A Lovely Day' (and lyrically perhaps also the most repetitive one). Content-wise MoodCollector mostly seem to have opted for light-hearted party songs on 'Such A Lovely Day', but with the infectious 'Crap' (original female backing vocals) they want to warn us for the dangers of consumerism and closing track 'Blood Red', is a deadly serious song about the situation in the Middle East and the blood dripping from our screens on a daily basis during the evening news. Solid debut full of party ska sounding exactly the way it should sound.