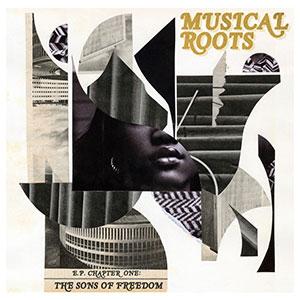 This 'Chapter One: The Sons Of Freedom' EP may be Musical Roots' first calling card, but the members of this band from Valenciennes, Tournai, Lille and Soumain certainly aren't rookies, but seasoned musicians, all with their own musical background. The band was formed in 2017, first as a trio around bassist Romain, drummer Manu and guitarist/vocalist Nadji, and later expanded to include guitarist Chris and keyboardist Phoebus. In the track list, four conscious songs all sung in English, with a fairly classic roots sound allowing ample space for guitarist Chris's solos (closing track 'Stand Up', immediately our favorite track from the list). Nice first calling card, but Musical Roots colors just a bit too much inside the lines to really convince us.