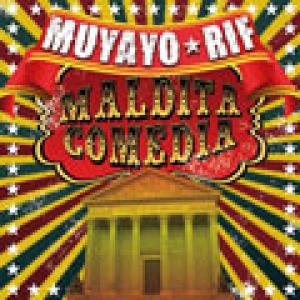 One Muyayo Rif album is not the other! We still praised their previous release, 2012's 'P'Alante!' as being "just about the catchiest Kasba-disc that ended up on our test bench this year", but successor 'Maldita Comedia' is one big disappointment. 'P'Alante!' was mainly driven by upbeat reggae inspired rhythms, but for the songs on 'Maldita Comedia' the band opted for a solid punk rock sound (nice exceptions are 'Bienvenidos Al Bordel' and 'Aliados'). An original idea is the fact the liner notes for once do not only contain a list of acknowledgements, but also a list of people and organizations that Muyayo Rif was anything but thankful to. Fun for fans of the genre, but not our cup of tea!