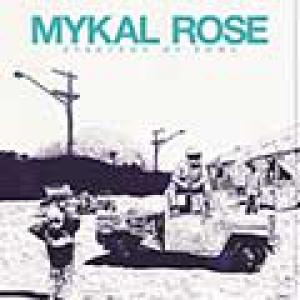 After 'Rasta State', his experiment with the digital riddims of King Jammy, Mykal/Michael Rose joined forces with Danish producer duo Adi 'Jahdil' Nadri en Søeren 'Pharfar' Schou of Ice Drop Records for 'Strategy Of Rome'. Søeren and Adi tried to evoke the original Black Uhuru sound as much as possible, and even though not all of the songs on this album could convince (the poppy 'On The Move Again', that just as well could have been a new song by Rihanna, nyahbinghi closing track 'Downpresser Man' (even though Peter Tosh's similarly titled 'Downpressor Man' is more to our taste) there's no doubt Rose delivers one of his strongest vocal performances in recent years. 'Strategy Of Rome' opens with 'Give A Thanks', a song over the Cold Times riddim and also one of the strongest tracks on this album. With the excellent ganja tune 'Mr Collie' Rose and Ice Drop Records come closest to the Black Uhuru vibe, 'Wish To Life' is also beyond reproach, but because of its digital vibes might have suited better on predecessor 'Rasta State', and for the very enjoyable 'Get Rid Of Trouble' Mykal lyrically took the easy road by quoting a whole series of Jamaican proverbs (the humblest calf sips the most milk, don't count your eggs before dem hatch, you reap what you sow and you sow what you reap, eat by the sweat of your brow because talk is cheap...). More than solid release with a Mykal Rose in top shape!