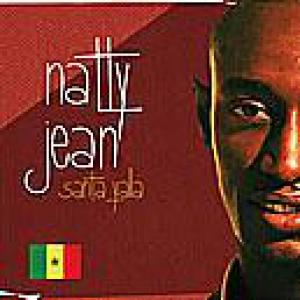 It had been quite a while since we saw some new talent emerge from the stables of Manjul (see also Bishob, Takana Zion), but now there's Natty Jean's 'Santa Yalla' ("thank god"). Jean earned his spurs in the Dakar hip-hop scene, but decided to broaden his horizons in 2007, not only migrating to Mali, but also embracing a whole new music genre: reggae. On 'Santa Yalla' Natty Jean sings and raps in French, English and Wolof, and it's in that last language his flow sounds most irresistible. The album consists of 18 tracks, including 5 dub versions by Manjul.