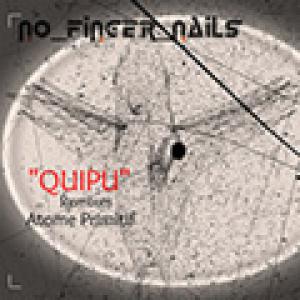 This new release on the Dub-O-Phonic net label may only count four tracks, but there's quite a concept behind the 'Quipu Remix EP'. On the surface these are four remixes by No Finger Nails, alter-ego of Italian producer Andrea Presicce. A quipu was a method using knots in strings by which the Incas were able to collect data and keep records. It's also the name of a project by Atome Primitif, a collective of musicians and "dreamers" with each new member adding his or her work or "knot" to cross musical genres, and on this 'Quipu Remix EP' that results in 4 delicious ambient dubs to drift away to.