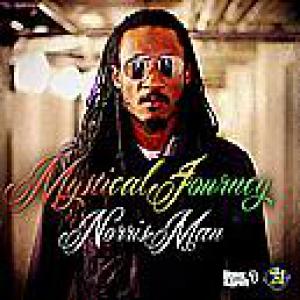 It took Norris Man over a year to create the seventeen tracks on 'Mystical Journey', a partly self-produced album, for which he also joined forces with the team (Henrik 'Spitfiyah' Persson, Jens 'Jatrix' Landegren and Iman 'Russ' Esmaeilpour) behind Swedish Nordic Steel Entertainment, with whom he already recorded the 'Modern Roots' album last year. It should come as no surprise that the equally Swedish singjay Million Stylez makes an appearance on 'These Feelings', the album's first single. 'Mystical Journey' is a solid new roots album that takes its strength from the use of original sounding riddims ('Bully', a tune supported by a horn and weeping guiter driven riddim, the organ on 'Holding My Own', flute and nyahbinghi percussion accompagnying 'God Above') and Norris Man's recognizable voice.