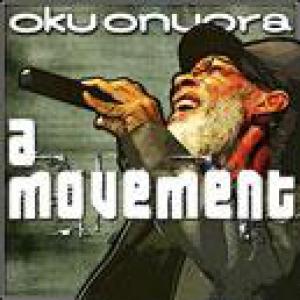 'A Movement', Oku Onuora's first album in almost a decade, should be considered one of the big surprises of 2013! Onuora turned his back on the music business in the nineteen nineties, supposedly because it involved too much negativism. Revitalized by the work of "young lion" Jawara Ellis (who makes an appearance in 'Hatta Sketches') Oku took up writing again and that yielded the 14 tracks for 'A Movement'. The album is dedicated to his wife, Adugo Ranglin-Onuora, who passed away in 2011 (the album concludes with 'Atomic', an ode to Adugo performed by Oku's daughter Shaka).