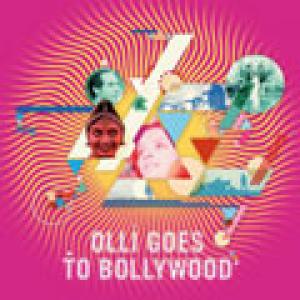 Olli & The Bollywood Orchestra is the story of Olivier Leroy, a Breton pianist from Rennes who fell in love with the music from faraway India. Olli was especially inspired by the soundtracks of the numerous movies shot in Bollywood annually and blends that music with influences from Western pop (the Bollywood remix of the Frankie Goes To Hollywood hit 'Relax', also a nod to the title of the album) and Breton folk ('Toe Aazaad Naavik' is a version of 'La Tribu De Dana', a 1998 smash for Manau, but based on Alan Stivell's 'Tri Martolod'). Just like in a real Bollywood film this album also tells a story (a Breton singer falls in love with an Indian movie star). 'Olli Goes To Bollywood' was recorded in Chennai in the Indian province of Tamil Nadu with the help of A.R. Rahman's orchestra (also see the soundtrack to 'Slumdog Millionaire'). More than successful cross-cultural mix!