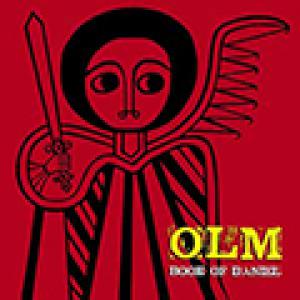 For this 'Book Of Daniel' EP, Italian producer Orlando La Montagna aka O.L.M. drew on the Old Testament 'Book of Daniel' for inspiration. La Montagna reworked the same riddim 6 times, ending up with an entirely different trach each time (5 instrumentals/dubs and one vocal cut). For those who don't mind a little Bible study... Opener 'Introduction To Babylon' refers to the first chapter of the 'Book of Daniel', in which Daniel, together with his friends Shadrach, Meshach and Abednego is taken to Babylon by King Nebuchadnezar II. 'Nebuchadnezear's Dream Of Four Kingdoms' refers to the second chapter of the book, in which Daniel is asked to explain King Nebuchadnezar's dream, telling him that after the golden Kingdom (Babylon), a silver (Persia), a bronze (Greece) and an iron kingdom (Rome) will still follow. 'Daniel In The Lion's Den' needs little explanation, as is the best known story from the book, and has been the subject of countless reggae productions (Prince Alla's 'Daniel', Gentleman's 'Lion's Den', Alpha & Omega 'Daniel In The Lions Den'...). More apocalyptic is it 'Vision Of The Beasts From The Sea', the seventh chapter of the book, in which Daniel has a dream about four monstrous creatures rising from the sea. The last songs, 'War Chant' and 'Live Giver', refer to chapters ten to twelve in which Daniel predicts wars between Greece and Persia and Egypt, but in the end God will be victorious, have the righteous rise from their graves and award them eternal life. Rock-solid UK stepper dub with a biblical undertone.