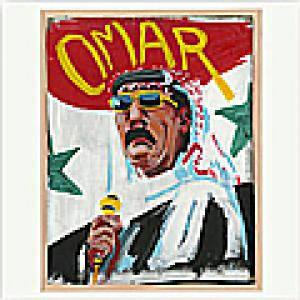 It seems unlikely, but notwithstanding having already more than five hundred albums to his name, 'Wenu Wenu' is Omar Souleyman's first full-fledged studio album. In his native Syria Omar survived for years as a wedding singer. Of his performances a one-off CD was usually offered as a memento to the newlywed couple. Hundreds of those albums found their way into the bootleg circuit and were widely distributed on cassette. The fact Souleyman has recorded this album in an American studio, means 'Wenu Wenu' sounds a lot cleaner than the releases on the Sublime Frequencies label which were remastered from cassette tapes. Apart from that 'Wenu Wenu' offers few surprises: Omar Souleyman does his thing, supported by the mesmerizing dabke synthesizer riffs of Rizad Sa'id.