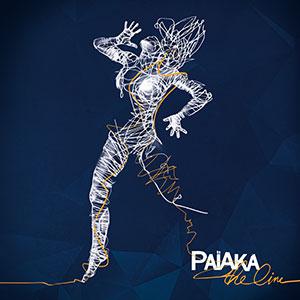 Yours truly got to know Païaka, a French band from Clermont, back in 2015 thanks to their debut album 'Alive Anyway'. For this sequel, they joined forces with French-English singer-songwriter and producer Flox (Florian Gratton), and that collaboration definitely resulted in a slightly different sound than the one we heard on debut 'Alive Anyway' (when we still compared the band to Groundation). Title track 'Right Down The Line' slowly gives the traction, but for 'Take It (As It Is)', the band already switch into higher gear. Once again, the band's brass section stands out, though perhaps a little less prominent than on 'Alive Anyway'. The up-tempo 'Old Man Say' sees the band go ska, and another highlight is 'Crazy' (with jazzy sax-solo by Marc Gravejat). For 'Many Faces', the band already shot a matching clip at the Opéra Garnier in Paris. Inspired by the many faces of the human persona, they invited three dancers from different disciplines (hip-hop, modern and classical dance), wearing masks from the commedia dell'arte, to do their thing to the music of the song. With 'The Line', Païaka prove to be a band that's not afraid to experiment and continues to evolve.