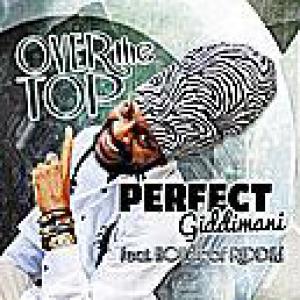 After France and Germany, Austria now seems to become the new hotspot for solid reggae productions. Irievibrations Records doesn't need introducing and now backing band/production team House Of Riddim is also stepping up. For his new 'Over The Top' album Perfect also travelled to the Alps again (not his first visit of Austria as Perfect's debut album 'Giddimani' appeared on the Austrian DHF Records label and both 'Born Dead With Life' and 'French Connection' were distributed by Irievibrations). With a twenty song track list Perfect literally goes somewhat 'Over The Top'; of course not all twenty songs hit the bull's eye (the corny 'Greatest Friend'), but for this album Perfect seems to have returned to the sound of his early days and that makes 'Over The Top' one of the best Perfect albums in years. 'Marcus Garvey' is a successful tribute to some of the black heroes who have influenced the singjay and in 'Proud To Say' he declares his proudness of being boboshanti. That Perfect's voice is also suitable for a r&b or soul inspired song, he proves with 'Better Days' ("get up, get up, you've got to make it, got to do it right, wake up, wake up, you've got to make it, got to do it right" is a clear nod to Marvin Gaye's 'Sexual Healing'). In 'Country Cousin', a song over a revamp of the Baltimore riddim, Perfect berates the fact country folk are still often looked down upon. A certain party starter is 'Ribbi Dubang Skeng' with a Perfect in high energy mode and 'Smoke Billy', a ganja tune for which Perfect gets a helping hand from Menny More, is an absolute must (the refrain of the song is a nod to Peter Tosh's 'Johnny B. Goode').