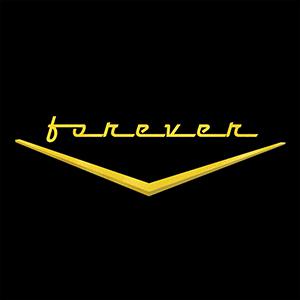 'Forever' is the new 4 track EP by Project Out Of Bounds, a seven-piece band from San Diego. Project Out Of Bounds describe themselves as a "progressive reggae-fusion band", which may explain why they chose a cover design resembling a vintage American car brand logo, suggesting you're dealing with the release of a nineteen seventies funk band. Nothing could be further from the truth though, as with the four songs on 'Forever' Project Out Of Bounds proves they can handle a nice roots tune (opener 'Anthem') as well as a love song (title track 'Forever'). Apart from the two new  aforementioned tracks, the track list of 'Forever' also contains two so called "Imperial Sound Versions", adaptations of 'Wild Man' and 'Fire', two songs that could already be found on 'Project Out Of Bounds', the band's untitled 2017 debut album, by producer E.N. Young. American reggae with a capital A!