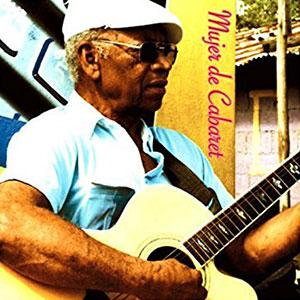 Where music from the Dominican Republic is concerned, yours truly spontaneously thinks of high-speed digital merengue (not really our favorite genre in Latin music), but apparently in a further past son and bachata were also played on the island. That tradition was abruptly interrupted under the dictatorial regime of Rafael Trujillo, who ruled the Dominican Republic with an iron grip from 1930 to 1961, and was a big fan of the merengue tipico. One of the legendary soneros from the pre-Trujillo era is José Manuel Cobles aka Puerto Plata (so named after his native village San Felipe de Puerto Plata). The songs collected for 'Mujer De Cabaret' can rival their Cuban counterparts without any problem. A descubrir!