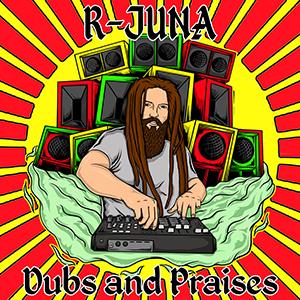 For their latest release of 2019, the Cypriot Dub-O-Phonic label crossed the Atlantic Ocean to collaborate with R-Juna, a DJ, MC and producer from Bloomington, Indiana. Roy Waterford, as the man is called in true life, recently rediscovered his love for dub and reggae and that resulted in this seven track dub-EP Dub-O-Phonic describes as: "...heavy bass lines, melodic riffs and deep echoes, influenced by the traditional roots reggae dub and presented with a modern ambient downbeat feeling!"... Whatever the case, we simply heard seven excellent dub tracks!