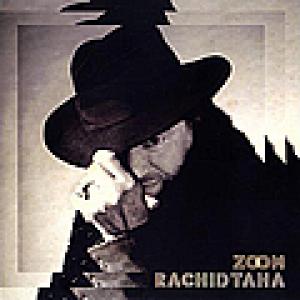 Disregarding the 2011 'Best Of' compilation 'Voilà Voilà: Le Best Of', there are just under five years between Rachid Taha's previous release ('Bonjour', Barclay) and 'Zoom'. The king of rock-'n-raï joined forces with Justin Adams (half of the duo JuJu, but working on 'Zoom' in his capacity as a producer). In his typical style Taha once again blends East with West, Arabic music ('Ya Oumri' featuring Cheba Fadela) with Western rock (check out his version of the Elvis Presley classic 'Now Or Never'), tradition (the voice of the legendary Oum Kalsoum in 'Zoom Sur Oum') with the future. The cover design of Zoom is a wink at movie classic 'Casablanca' in which Humphrey Bogart can be seen dressed in a raincoat and wearing a fedora. 'Zoom' concludes with a new version of Taha's old hit 'Voilà Voilà', a statement against the ever expanding intolerance and xenophobia, for which he invited Agnès B, Rachida Brahkni, Eric Cantona, Femi Kuti and Christian Olivier.