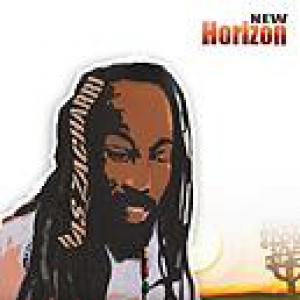 Even though 'New Horizon', the second long player by Ras Zacharri (still somewhat unknown in Europe) is certainly not a bad album, it doesn't match up to 2009's 'Herbs Man'. That being said, there are more than enough strong tracks on 'New Horizon' ('Just A Rastaman' or the duet with Tiwony 'Pagan Eyes') to make it an above average album. 'New Horizon' was recorded in Jamaica with among others the Uprising Band and mixed by London's Nick Manasseh. The album cover could have used had a tad more creativity.