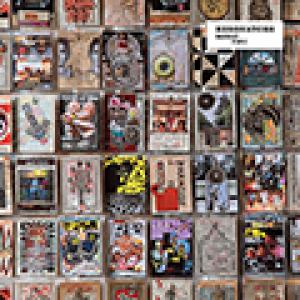 Yours truly got to know Resonators back in 2014 thanks to the release of the deluxe edition of 'The Constant', the band's sophomore album. The original version of that album dated back to 2012, so it's already been 4 years since the band last treated us to a new long player. In the tracks on 'The Constant' we still heard echoes from the work of bands like The Selecter and Misty In Roots, but on 'Imaginary People' rather imagined hearing the influence of Hollie Cook ('Swing Easy') and even Björk ('Papa Daddio'), once again thanks to the splendid vocal work of Kassia Zermon and Faye Houston. David Rodigan is a big fan of Resonators and already declared single 'Healer' his "Scorcher of the Week". 'Imaginary People' may only count nine tracks, but they're all gems. One of our absolute favorites for 2016!