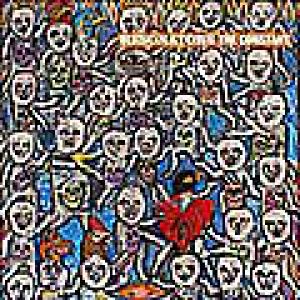 If you like the recent wave of reggae bands and artists from the United Kingdom (The Skints, Hollie Cook, Shanty, City Kay, Gentleman's Dub Club, The Meow Meows ...), you should definitely check out the Resonators, as this nine-piece combo from Brighton and London is described by reggae guru David Rodigan as: "British reggae at its best!". 'The Constant', the band's second album, originally appeared in 2012, but is now reissued in a deluxe-edition including dub versions and remixes. Here no front man with a large ego, as female duo Kassia Zerman and Faye Houston take care of the vocal side of things. On 'The Constant' we heard both echoes of The Selecter ('Family Familiar') and UK roots bands like Misty In Roots or Black Roots ('Soldier'), but above all else a lot of nice dubby vibes and the wonderful voices of the two female vocalists. Discovery!