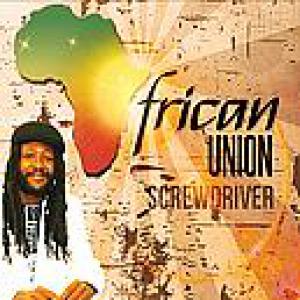 Screwdriver (born Dalton Lindo) is one of those new roots artists from the 1990s that we never get to see live in Europe. With 'African Union' Screwdriver doesn't celebrate the 50th anniversary of the Jamaican independence like many of his compatriots, but fifty years of OAU (Organisation of African Unity), the pan-African organization that was created by Haile Selassie I. 'African Union' is a more than convincing new roots album and Screwdriver knows to score both with new material (title track 'African Union', 'Terror In The Ghetto') and well-known riddims ('Jungle Society' over the Pressure And Slide riddim, 'She Is A Pearl' over the Hard Time Rock riddim). Someone get this guy to Europe?