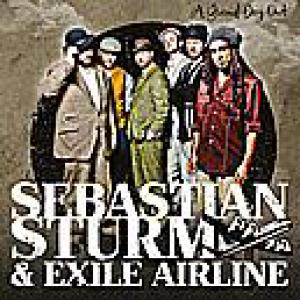 'A Grand Day Out' is the second album Sebastian Sturm recorded with Exile Airline and this time the band members are also featured on the album cover. For 'A Grand Day Out' Sturm also invited for two distinctive guests: Groundation's Harrison Stafford gives opener 'Right To Remain Silent' some extra punch and for 'More Music', a tribute to Jamaican mento, Sebastian got the company of Albert Minott, lead vocalist with The Jolly Boys. To give 'A Grand Day Out' a slightly more Jamaican sound, Sam Clayton Jr. and Stephen Stewart were taken on board and we have to admit that it all sounds just that little bit firmer than on Sturm's previous long players.