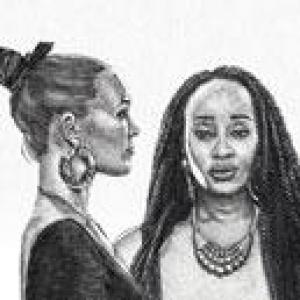 With Serengeti Zany Lou and True wanted to make a double statement: Sweden counted too few dancehall/reggae acts and women were strongly under-represented in the genre. In the meantime the duo has become a trio (Lady Louise joined the ranks in 2009) and with 'Rebellious Hearts' they are releasing their second long player. On this album the trio alternate between roots and dancehall. In 2011, the ladies travelled to Jamaica, which resulted in combinations with Lutan Fyah ('Merging Lane') and Assassin ('Same Game') and the Don Corleon produced 'Dear Love', all present on 'Rebellious Hearts'. For 'Love vs. Serengeti' the classic Throw Me Corn riddim was revisited. Fresh Swedish girl power with a reggae flavor!