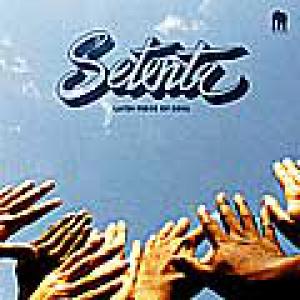 One only needs to listen to the aptly titled 'Latin Piece Of Soul' to realize Setenta paid careful attention to the example set by the greats of the Nuyorican salsa and soul scene (if you like this sound definitely check out the back catalog Fania Records label). Setenta (the band's name is a nod to the 1970s) was founded in 2006 by lead-vocalist and guiro player Osman Jr., hails from Paris and plays a groovy mix of soul, boogaloo, salsa, jazz and hip-hop. After their 2010 debut 'Funky Tumbao', there's now follow-up 'Piece Of Latin Soul'. Standing out from the other songs in the track list is 'Ijo Soul', a reworking of Orlando Julius' eponymous hit from 1966 for which Setenta joined forces with the master himself. In addition to a lot of own compositions, the track list of 'Latin Piece Of Soul' also counts two covers: 'Woo Haa' is a reworking of 'Woo Hah!! Got You All In Check', back in 1996 the first big hit for Busta Rhymes and redone here in a funky Latin version, but Setenta's version of Nirvana's 'Smells Like Teen Spirit' yours truly could have done without.