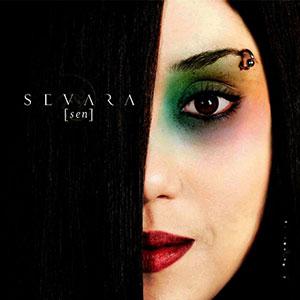 Where Azeri Sevda sounds soulful and jazzy, Uzbek Sevara experiments with an ethereal ambient/dance sound. Just as Azerbaijani, the Uzbek language resembles Turkish. 'Sen' ("you" in Uzbek) is a meeting of East and West, where electronics are mixed with traditional Uzbek instruments like the tanbur lute or the doira; nothing strange for a place like Tashkent, which as a crossroads on the ancient Silk Road to China has been a meeting place of cultures for centuries. For the lyrics on 'Sen' Sevara used poems by traditional and modern Uzbek poets; texts full of metaphors, from a simple love song to a hymn to God. Uzbekistan's answer to Björk!