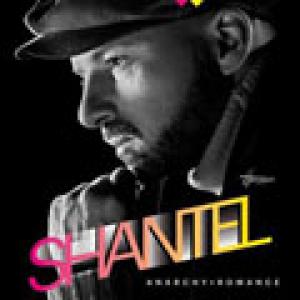 Now the Balkan hype seems to have died down again, Shantel is also exploring different horizons: 'No More Butterflies' still hints at his older work, the Greek influences on 'Planet Paprika' echo in 'Lenny Soda' featuring Emma Greenfield and the track list even includes a cover of an old Finnish tango classic ('Letkis', Katri Helena, 1965), but at no moment does 'Anarchy + Romance' leave a lasting impression. It all just sounds too kitschy, too poppy. Shantel states he didn't feel like repeating his Bucovina trick again and again for the next ten years; understandable and we wish him every success, but 'Anarchy + Romance' simply isn't our cup of tea. The portrait photo for the cover of the album was taken at the famous Studio Harcourt in Paris, an institute in France since the nineteen thirties and best known for the numerous black and white portraits they made of well-known stars.