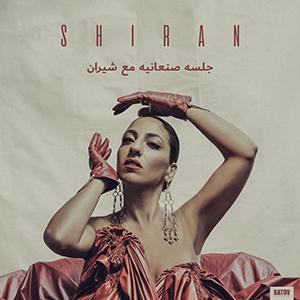 If on her self-titled 2018 debut, Shiran still smoothly mixed western pop and electro influences with traditional Yemeni folk, for successor 'Glsah Sanaanea with Shiran' she decided to go traditional. The title of the album literally translates as "a musical encounter with Shiran", referring to a cozy get-together with friends, jamming and playing sanaanea while drinking tea and chewing chat. Sanaanea is a Yemeni music genre referring to Sana'a, its city of origin. Shiran's musical world was largely shaped by the many stories and experiences of her beloved grandmother who exchanged Yemen for Israel in 1949 as part of her aliyah, a Hebrew term that literally translated means "ascension", and in a Judeo-Zionist context refers to migrating to Israel. In the track list made up of Yemeni traditionals, ranging from wedding songs over Yemeni folk songs to more nationalistic songs, Shiran performs in an acoustic setting accompanied by traditional Arab instruments like the oed, kawala (a flute related to the ney), or the qanûn (an Arabic version of the zither). 'Ya Banat Al Yemen', the album's first single, is often played at weddings, and, in an entirely alternate version, also featured on Shiran's debut album (which also applies to tracks like 'Maskin Ya Nas' and 'Ma Al Sabab'). Singer-songwriter Eyal El Wahab, better known as El Khat, and also of Yemeni descent, makes the only guest appearance on the album in 'Qal Al Mouana'. With 'Glsah Sanaanea with Shiran', Shiran's offers a traditional but sincere musical tribute to her history and ancestry.