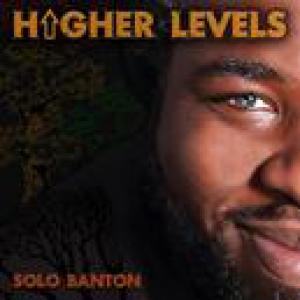 For the successor of his 2010 debut album 'Walk Like Rasta', Solo Banton once again called on Reality Shock Records producer Kris Kemist. 'Higher Levels' lacks a smash hit like 'Walk Like Rasta', but the tracks on this album are of a similar excellence. Invitees YT ('Politician Knockout') and Michael Prophet (the splendid 'Open Your Eyes') give 'Higher Levels' the little extra it needs. Some of the highlights on 'Higher Levels' are opener 'Me No Know', a track on a rework of the famous Ba Ba Boom riddim (original version by The Jamaicans), the ska tune 'Make You Groove' and 'Rising Sun', an original reggae version of The Animals' 'The House Of The Rising Sun'. Second bull's-eye for Solo Banton!